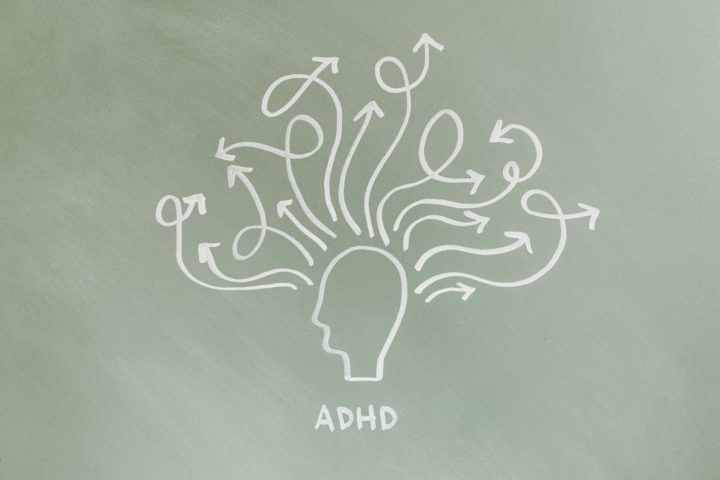 Yep. That’s me – diagnosed with ADHD at age 36. Within the neurodivergent world, there are MANY adults receiving a diagnosis of ADHD (attention deficit hyperactivity disorder) right now. Have you seen the news reports of the nation-wide adderall shortage? Why is this? I think it comes from a few factors.

First, definitions, detections, and diagnostic criteria have expanded SO much since we were in school in the ’80s and ’90s. Doctors know so much more about ADHD now, which leads to easier diagnoses.

Secondly, many of us have children who have ADHD. Being the mama bears we are, we have entrenched ourselves in learning every single thing we can about how our child’s brain operates. We are their advocate, protector, and cheerleader.

So it makes sense that while parenting in the neurodivergent sphere, some of us saw characteristics of ourselves. What we thought was normal, might not have been as normal as we thought.

I am here to share my own personal experience. Keep that in mind. No two people have the same story. But here are some things I learned are actually characteristics of ADHD, and that I saw in myself:

I operated well in my daily life. I used planners and organizers to keep things moving efficiently from day to day, and I accomplished my daily tasks well enough. Sure, some days/seasons were hard. But that’s life, right? That’s adulting.

Then the pandemic happened. I suffered from long haul covid, and it changed me. I experienced neurological symptoms like brain fog, insomnia, depression, and memory loss. Covid changed my brain. I really believe covid tipped the scale for me. Systems in my life that worked well before no longer worked.

All of the symptoms listed above became more pronounced and problematic in my every day life. I couldn’t plan or organize my brain out of the struggle I was feeling. My days became harder and harder. I was moving through mud. Every thing took so much effort, and I was oh so very tired each and every day. Finally, I decided to talk to my doctor, and he diagnosed me right then and there.

Many things I listed above are not “official” ADHD symptoms. They aren’t listed in the DSM-5. However, they are all characteristics many people with ADHD have in common. Many doctors agree these are unique to ADHD and other neurodivergent diagnoses and take them into consideration.

Additionally, these characteristics are easily masked, or they can be overlooked if someone is functioning well in their day to day life. They can look like anxiety and/or depression as well. So many women were given an original diagnosis of anxiety, then were later diagnosed with ADHD. Fun fact about me: I had panic attacks in college and was on anxiety medication for about five years.

After bing diagnosed with ADHD, I knew I wanted to try medication. My ADHD children have had great experiences on medication. After a discussion with my doctor, we decided on the non-stimulant Wellbutrin.

Now, I know many people have strong opinions on Wellbutrin. I know some have experienced horrible side effects. Yet, for me, it has been WONDERFUL. It is hard to describe, but my days are just easier. I am back to cooking dinner for my family most nights because I am not as tired at the end of the day. I can maintain my home in a way that I prefer. Most importantly, I don’t feel like I am moving through mud.

There have been two occasions where I have unintentionally missed a day of medication. Both times, I didn’t realize it until the end of the day, but it was definitely a hard day.

The first time was a day that I had a long to do list. I started multiple tasks all at the same time, and I kept bouncing from one thing to another. I felt extremely frazzled, but I couldn’t slow my pace down to concentrate on one thing at a time.

The second time I missed a medication dose was a normal day filled with normal responsibilities. Yet I was EXHAUSTED. I could barely speak at the end of the day because I was so tired. I realized how much harder my brain had to work.

Final Thoughts Getting Diagnosed with ADHD at Age 36

My overarching thought on my ADHD journey is I am so glad I sought help. I have what would be considered as mild ADHD, yet my medication has been extremely beneficial. Even though most would look at me and think I was functioning in life just fine, things were harder for me than that of a neurotypical person. My brain had to do more than others to maintain the same baseline, if that makes sense.

I hope you found my journey helpful and enlightening. Do you know anyone who has been diagnosed with ADHD as an adult? I’d love to hear about it! Make sure to share this post with your friends if you found it helpful.

Hi! My name is Emily. I am a wife and homeschooling mom to three precious littles (who each day get less little). To stay up to date on all things Intentionally Well, go ahead and sign up for my email list on the sidebar and follow me on social. You’ll be the first to see new content get access to extra goodies.

Intentionallywell.org is a place to find present intentionality in every day life. I hope you find grace and encouragement here to live on purpose with purpose.